“A survivor… unclouded by conscience, remorse, or delusions of morality.”

AUGUST 1st—4th. GENCON is here! I will be at the show to help promote the work I did on Free League’s new ALIEN RPG game. You can find me at on panels and at the Free League booth (#2664). Feel free to message me on Facebook to connect while I’m there—I‘m looking forward to hearing about gamers’ ALIEN RPG: Chariot of the Gods RPG experiences!! 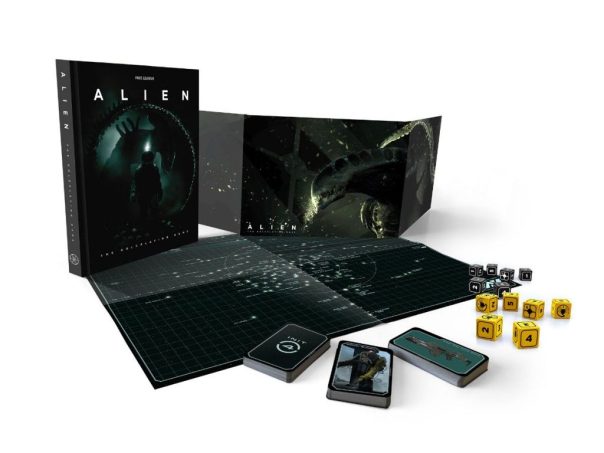 Also, I this went out today in the ALIEN RPG Newsletter from Free League and wanted to remind people to pre-order now!

This is just a friendly reminder that the end of the exclusive pre-order of the upcoming official ALIEN roleplaying game is approaching fast. The revised deadline is  August 11. If you didn’t already do so, hurry over to at ALIEN-RPG.COM and pre-order before it’s too late. And if you already did–tell your friends!

When you pre-order, you get access to a 168-page Cinematic Starter Kit PDF including the complete cinematic scenario Chariot of the Gods by sci-fi author Andrew E.C. Gaska within days after purchase and can start playing immediately – no need to wait until the official release in December!

PS. If you’re coming to Gen Con this weekend, swing by the Free League booth (#2664) to say hi and discuss all things ALIEN with the design team! Gets yours now or wait an eternity.

Hope to see you at GenCon!

An author, designer, game-writer, and graphic novelist with twenty years of industry experience, Gaska is the creative force behind BLAM! Ventures and has worked as a freelance consultant to 20th Century Fox and Rockstar Games. In addition to being the Senior Development Editor for Lion Forge comics and animation, he is a contributor to both their game division and their licensing team.

All images are ©2017 20th Century Fox and are used for the purposes of commentary or review only unless otherwise stated. All rights reserved.